Light of hope shines on the children of Laloki 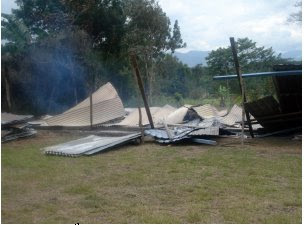 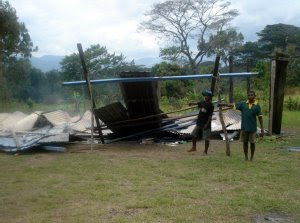 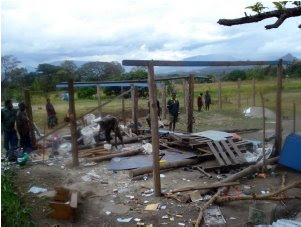 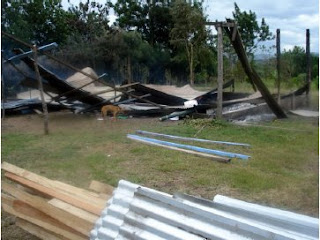 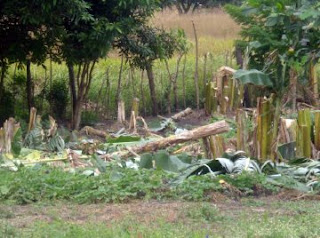 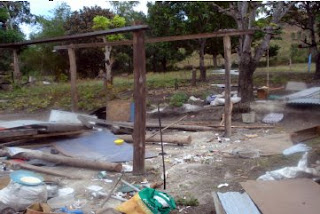 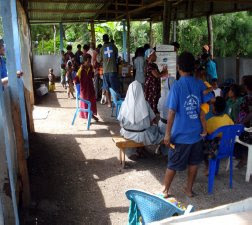 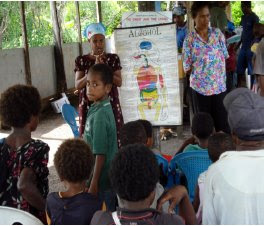 A sense of normalcy at makeshift classroom at St Peter’s Literacy School – Laloki
The first tragedy of war is innocence, more so in Papua New Guinea, where the ubiquitous violence so tragically affects our young children.
People are needlessly killed, schools and hospitals are burned down, in this ever-present orgy of violence.
Such is the story of St Peter’s Literacy School at Laloki outside Port Moresby.
Site preparations were underway to rebuild St Peter's Literacy School at the new site at Laloki when disaster struck.
On June 26, 2008, ethic clashes flared between Western Highlanders and Goilalas over the death of a Western Highlands taxi driver at Laloki.
During the subsequent rampage and attacks that took place, all building and school materials for Light of Hope (PNG) – the charity group organising the building of the school - were looted and the storage shed burnt down by supporters of Western Highlanders and opportunists.
Light of Hope PNG had been financially supporting efforts for literacy programmes for Goilala children, born and raised out of Baruni Dump, since November 2000.
The school, St Peter's Literacy School at Baruni, was the vision and initiative of one Peter Laiam from Goilala.
With supervision from Sisters of the Order of St Joseph, namely Sr Elmah, additional community programmes included personal hygiene, health and cooking for
women of Goilala.
Light of Hope PNG, through Pro-Ma Systems PNG Ltd, provided the funding to pay for two classrooms, fulltime wages for four teachers, wages for cooks to cook meals,
two sets of school uniforms for over 80 children (ages 6 - 15), and all school materials including desks and books.
In October 2006, due to ethnic clashes between Baruni landowners and Goilalas, the Baruni landowners burned down all settlements in Baruni Dump area except for
the school classroom building and teachers’ houses.
The local councillor from Baruni village ordered the closure and dismantling of St Peters Literacy School.
The children of Goilala living off the dump have since returned to scavenging for food there and other activities since closure of the school.
In the meantime, since December 2006, Light of Hope PNG embarked on a search for land and an alternate site for St Peter's Literacy School.
Over a year later, in January 2008, an agreement was reached with lease holders of a block of land at Laloki, about 10 minutes drive outside of Port Moresby.
Transfer of land was formalised and preparatory work commenced immediately.
All work was progressing with the building of a storage shed and positioning of building materials on site.
All that hard work and vision, however, came to an abrupt end overnight with the senseless violence at Laloki,
“Light of Hope PNG had just raised funds from its first corporate fundraising event in May 2008 and purchased materials to rebuild the school when this happened,” Mr Duma recalls of the Laloki tragedy.
“So this was a major set back and the school could not be rebuilt whilst peace and reconcilitation processes took place under police supervision and appeals from both MP Andrew Mald and Governor Powes Parkop.”
After more than a year, peace and normalcy has finally been restored at Laloki, and on August 1, Light of Hope (PNG) is hosting its second corporate fundraising event, supported by Pro-Ma Systems, at Crowne Plaza in Port Moresby,
“This is to raise additional funds for completion of the project to make up for losses suffered in June 2008,” Mr Duma explains.
“As chairman of the fundraising committee, I am appealing for support from business houses, many of whom have workers and staff residing in settlements in and around Eight-Mile and Laloki areas, whose children would benefit from this effort during 2009 when literacy programmes commence from St. Peters' Literacy School.
“Also, I am appealing to political leaders and parliamentary representatives of various ethnic groups residing in settlements around Laloki area to support by donating funds or sponsor corporate tables.
“Plans are well in place for building works to commence in August and official opening in November by founders of Pro-Ma Systems and Light of Hope (PNG) Inc Mr Val Fittler and Mrs Sandra Fittler, coinciding with Pro-Ma Systems annual national conference.
“The entire Pro-Ma distributor network throughout PNG is also called upon to share in the vision of the founders towards a brighter future for underprivileged children in PNG and continue supporting by engaging in Pro-Ma business activities, from which funds have gone towards Light of Hope work since 2000.”
Light of Hope, a non-profit organisation registered in Australia, is administered by Pro-Ma Systems with every dollar given to this worthy cause forwarded to those with real needs.
Light of Hope delivers food, clothing, shelter and clean water to the needy, such as those at Laloki.
Beyond this obvious front line attack, the organisation is also investing heavily into the development of local leaders.
Imparting skills and life building education, helpless communities are being transformed as a ray of hope pierces the night.
Light of Hope provides aid to children of all nationalities without partiality to creed or race, equipping, training and empowering children to become leaders who can positively impact future generations.
For more information, contact Mr Duma on telephone 323 1393, mobile 72009901 or email aduma@pro-masystems.com.pg
Posted by Malum Nalu at 7/24/2009 12:00:00 AM