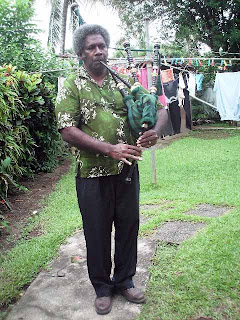 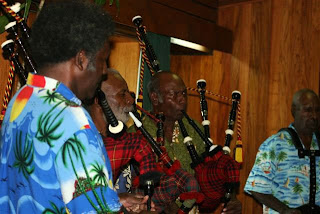 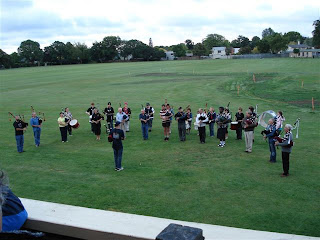 Ilaita Gigimat (fourth from right) and his group doing a presentation at the 2007 Summer School for Pipers & Drummers in Christchurch, New Zealand