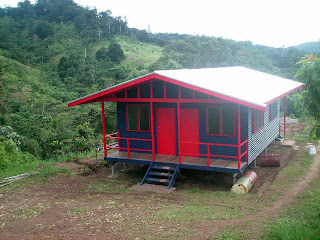 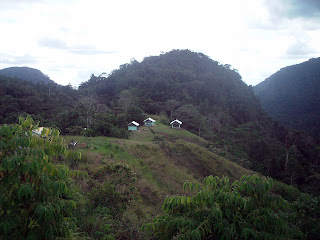 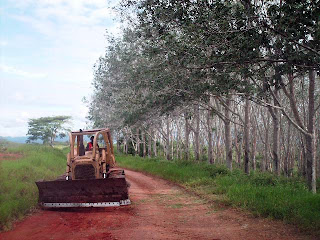 Roadworks along the Sogeri-Owers' Corner Road on Sunday 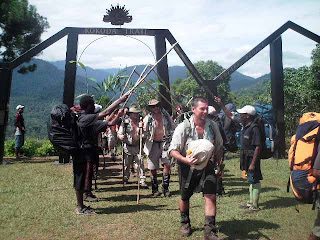 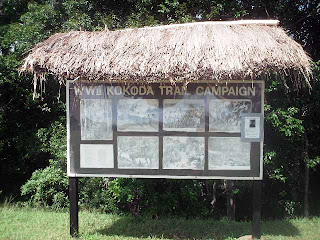 Storyboard at Owers' Corner
World War 11 spots such as McDonald’s Corner and Owers’ Corner, further in from Sogeri, have always been a favorite place for many residents of Port Moresby.
They are famously known as the beginning of the Kokoda Trail and are visited by thousands of tourists, mainly Australians, every year.
Enjoying a cold beer after a hard couple of days on the Kokoda Trail has always been part of the routine for these trekkers.
Enjoying a family picnic at Owers’ Corner under the blue sky, white clouds, majestic mountains and lush, green environment is a moment to treasure.
McDonald’s and Owers’ Corners, for many years, have been a means of escaping from the sweltering heat and scorched landscape of Port Moresby.
While Moresby is dry as a bone for over six months of the year, these places, invariably, are moist and green and the mountain air cooler.
The mountains, foothills, forests, savannah woodland, rivers and streams have long captured the imagination of many.
It goes without saying that when one goes to McDonald’s and Owers’ corners, one returns to the city very much relaxed, and reinvigorated.
They are very much among the many jewels in PNG’s crown.
My two-year-old son Keith and I accompanied a group of Australian visitors to Owers’ Corner on Sunday – thanks to Ecotourism Melanesia - and I was quite impressed with the infrastructure developments there.
A new police station and rest houses are going up to cater for the increasing number of trekkers.
The Sogeri-Owers’ Corner Road, which five years ago was a national disgrace, is making a complete 360-degree turn and I was quite happy to see a committed bulldozer working at MacDonald’s Corner on Sunday.
Owers’ Corner, about 17km in from Sogeri, is the finish line of the Kokoda Trail after a rugged and grueling trek over the Owen Stanley Ranges.
Vice-versa, it is the start line of the trail, from which one must start the journey to Kokoda.
Kokoda Trail, which includes Owers’Corner for that matter, is a world-famous icon that draws in people from all over the world for varying reasons.
In 2003, I first walked the Kokoda Trail, ending at Owers’Corner, and found the place in an absolute mess.
The memorials at Owers’Corners were unkempt and covered by bush, a desecration of the memory of those many men who sacrificed their lives during World War 11 so that we can live in peace.
The road, rather ‘goat track’, from Owers’Corner to Sogeri was an absolute national disgrace, given the number of tourists who came to walk the Kokoda Trail every year.
Guides and porters told me about being shouted upon by angry tourists after waiting for hours for a vehicle to pick them up.
All that, I’m pleased to report, is fast becoming a thing of the past.
Posted by Malum Nalu at 7/06/2009 10:52:00 PM