The significance of Remembrance Day in Papua New Guinea 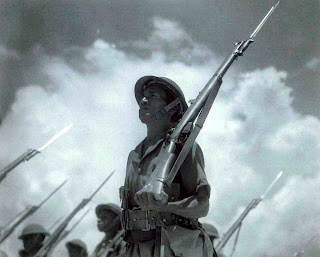 A soldier of the Papua Infantry Battalion in January 1941. It was a patrol of the PIB that on July 23 1942, at Awala, first encountered the Japanese advancing from the north Papuan coast up the Kokoda Track. Picture by AUSTRALIAN WAR MEMORIAL 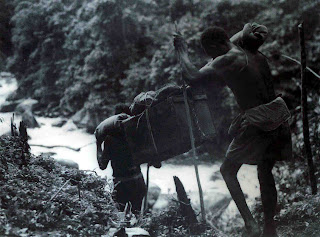 Papua New Guinea carriers on the Kokoda Track in August 1942. Captain GH ‘Doc’ Vernon, the medical officer for the carriers on Kokoda wrote: “…the immediate prospect before them was grim, a meal that consisted only of rice and none too much of that, and a night of shivering discomfort for most as there was only enough blankets to issue on to every man.” (Vernon, quoted by Victor Austin, To Kokoda and Beyond: The Story of the 39th Battalion, 1941-1943). Picture by AUSTRALIAN WAR MEMORIAL 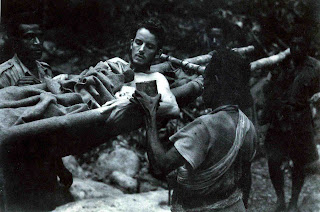 Papua New Guinean stretcher bearers tending Private A Baldwin 2/33rd Battalion, on the Kokoda Track, October 1942. Of the care of the bearers, Captain Henry ‘Blue’ Steward, Regimental Medical Officer, 2/16th Battalion, wrote: “With four men each side of a stretcher, they took it in turns to sleep and to watch, giving each wounded man whatever food, drink or comfort there might be. “ (HD Steward, Recollections of a Regimental Medical Officer). Picture by AUSTRALIAN WAR MEMORIAL 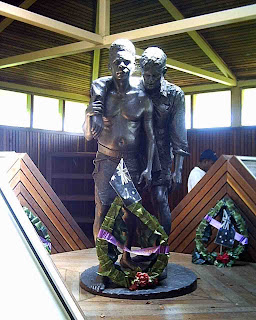 Fuzzy Wuzzy Angel statue at the war museum at Kokoda