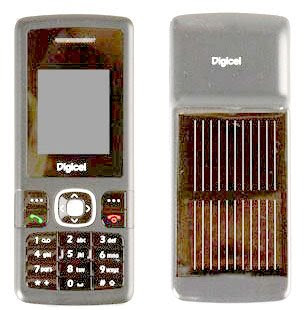 THE Digicel Group will launch in and the world’s first-ever low-cost solar-powered cell phone in June to cater for people not connected to the power grid.

In an announcement at the recent mobile world congress in , , the Caribbean-based Digicel said it had partnered with ’s ZTE to make the technology available to 90% of PNG’s population and to those in .

Digicel-PNG confirmed the solar handset’s launch, saying it would cover “selected markets” without commenting on the June launch in the country.

ZTE, one of ’s biggest telecoms equipment providers, manufactures the solar-powered handset Coral-200-Solar (pictured above) which would be available below US$40 (K120).

“We estimate in the world there are more than two billion people who have limited or no access to electricity,’’ Wang Yong Zhong, general manager of ZTE cell phone handsets, told reporters at the Barcelona expo.

An Asian Development Bank paper on PNG’s power situation said 90% of population, or 5.4 million, had no access to electricity.

To tap this huge market, Digicel will be erecting cell sites in areas across the country not covered by PNG Power service to connect the solar-powered handsets to the telco’s nationwide network.

Coral-200-Solar uses technology developed by Dutch company Intivation to boost the current from a single mini solar panel located on the back of the phone.

A charge of one hour in full sunlight would offer 15 minutes of talk time, Digicel and ZTE said, adding that the phone could be charged normally with an electricity supply.

The handset comes in colour display without fancy functions.

“In our lives (in the rich world), an interruption of power is a nuisance ... but it is infrequent,” Digicel-Jamaica executive Tom Bryant told reporters.

“But where we conduct business, the absence of power is a daily activity,” he said, referring to PNG, Samoa and poor countries in South America where Digicel is the dominant cell phone communications provider.

Intivation, the Dutch company supplying the technology linking the solar panel to the battery in the ZTE model, claimed the Chinese-made device was “twice as effective” as anything else on the market.