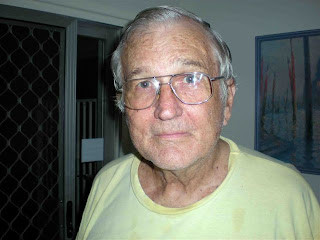 By JOHN FOWKE
I can tell you the reason for the story of declining services and declining prosperity, the declining well-being of the people of PNG.
It’s very simple.
As coined by a group of Papua New Guinean intellectuals in the eighties, the problem is “The Melanesian Way”.
There. It’s been said.
The big, silent, grey elephant which has loomed in the background, nameless but recognised by many, is out in the open.
Tackle this elephant, or at least recognise it, everyone.
Recognise it for the handicap that it has become in the struggle for modernity and fair distribution of the nation’s wealth.
The three decades of increasing puzzlement, of critical editorials, and of irate declarations by such as Malcolm Kela-Smith, MP ... have  been three wasted decades, unless the whole experience is realistically summed up, now, and an appropriate antidote to the problems  applied to the developing wounds on the body of this young nation.
The is the way of a fractured multi-tribal society.
A society which existed triumphantly, successfully, and entirely independently for tens of thousands of years.
Within this society, land, the possession of land and resources sufficient for the tribe’s or clan’s subsistance needs, land was the single, prime, and most-often considered fact of life.
The clan’s land must be protected and perhaps opportunely extended in any way possible.Without land and hunting and fishing resources sufficient to its needs, the clan or tribe was literally nothing.
Such a condition was the result of bad planning, inept political moves, and ultimately, physical weakness in battle.
The result would be annihilation as a clan or tribe.
The anger of the ancestral spirits would haunt the remaining, fugitive remnants of the people, no matter that they might be absorbed into other clans sympathetic to them.
It was the absolute end, and such an end was never to be contemplated.
This was also the basis of the way of the ancient Britons and the way of the wild tribes of northern  Germany, people whom even the might of Caesar’s army was never able to completely subdue or completely disposess.
All of us, at some time in the history of humanity, have lived under “The Way”.
In PNG, historically, the law which governed life applied 100 per cent to one’s own group, and only in terms of one’s own advantage to one’s neighbours.
Right from when one lay at one’s mother’s breast one learned that within the clan all were brothers and sisters. Outside the clan, all were enemies.
Within the clan was solidarity and trust.
Outside the clan was the enemy, albeit of various grades.
Thus evolved a set of ethics and moral appreciations which, within an overarching customary system, provided a practical set of safeguards and an acceptable level of justice.
A dispute-resolution system evolved which, while often draconian, even violent, worked within the nature of the culture.
Here, where a lie was told or a pig stolen from an enemy, these were not crimes, nor even misdemeanours so far as one’s clan-brothers were concerned.
Only within the clan were such acts classed as crime.
Disputes arising in the clan could be fatally disruptive, and a long-winded methodology involving mediation, negotiation and the payment of some form of compensation-in-kind evolved.
Even though this was sometimes inconclusive, and inevitably a long-drawn-out process, it was preferable to outright fighting within the clan.
Here, in the foregoing two paragraphs, is a concise outline of The Melanesian Way. While it served the people well for as long as they remained out of communication with the developing industrialised, class-based, nationalistic polities of the rest of the world, it is demonstrably not compatible with the course of modernisation in which PNG is engaged.
The tribal ethical matrix, where honesty is confined  to a limited number of relationships and by nature encourages nepotism,combined with the propensity to talk and procrastinate endlessly  rather than to face difficult ethical, management, and disciplinary problems constitute the big, grey elephant that no-one wants to talk  about.
Perhaps the has become a sacred cow.
Kill the sacred cow.
Look at life and the future straight in the eye, and begin to keep pace with the rest of the world, PNG.
Directness, honesty and responsibility in government are the marks of an effective, fair society.
Social history and ancient customs belong in the school curriculum, in museums and story-books, not in the management methodology of a modern nation.

·        John Fowke has spent most of the past forty-eight years living and working in rural .