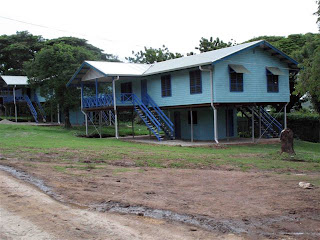 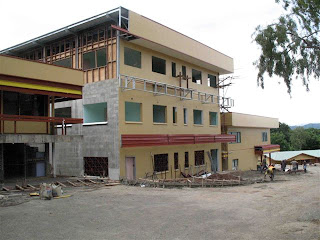 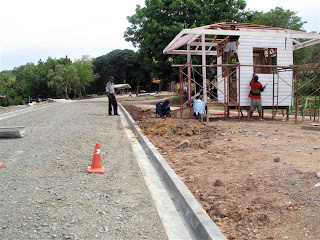 The building boom in will be epitomised in on Thursday this week when the National Research Institute celebrates the official opening of the AusAID-funded, Australia-PNG Incentive Fund Infrastructure Development Programme (see pictures above).

The infrastructure programme, which attracted funding of some K6.2 million, has boosted the Institute’s status to become the leading public policy research authority in and the Pacific Islands Region concerning policy-oriented issues and development trends.

“The Australia-PNG Incentive Fund Program is an historic milestone in infrastructure development for the Institute, since the opening of the original New Guinea Research Unit of the in September 1968,” said NRI director Dr Thomas Webster,

“Those original buildings have been renovated as part of this development programme.

“It was a very difficult process obtaining approval for our project, as project funding submissions are very competitive, and many procedural and financial requirements and conditions had to be met.

“As the infrastructure development now testifies, the institute was successful in its submission — which was the final approved project under AusAID’s current APNGIF program.”

The program comprises the following components:

•           A new publications production centre, library extension, and publishing and IT   building;

•           Renovated office-block for visiting researchers; and

“The infrastructure has given the National Research Institute and its staff a morale boost as it has reorganised its research activities to provide greater public policy support to the government’s development initiatives, as set down in the Medium Term Development Strategy,” Dr Webster said.

He expressed his gratitude to the following people and organisations for their input and dedication in making the infrastructure program a reality:

•           AusAID through the Australia-PNG Incentive Fund for approving and facilitating the project;

•           Paul Constable and his APNGIF team for their ongoing input and support;

•           Stanley Bala, the principal of Heduru Contractor Ltd, his supervisors and staff;

•           The subcontractors and suppliers who provided the building materials and other services;

•           The NRI Project Management Team, who did the initial ground work leading up to the construction phase, and for their constant input during the construction of the various components of the infrastructure programme.