Communication and development in nation-building 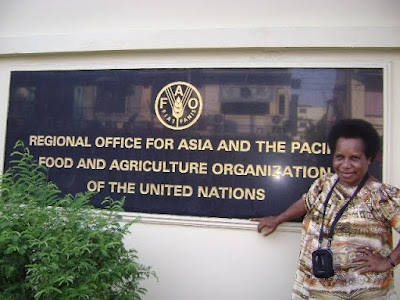 Maria Linibi at the FAO regional office in Bangkok 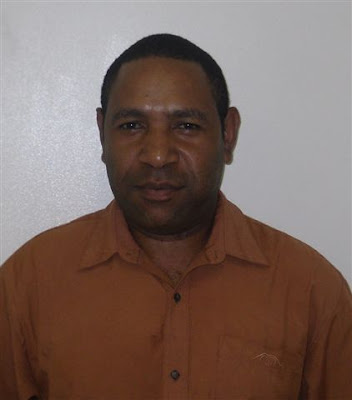 Two people who reflect the very essence of communication and development in have been rewarded for their tireless efforts.

Anzu is one of the most-prolific contributors of farming articles to The National and other media.

Linibi and Anzu received their awards at Media Freedom Day celebrations at DWU on April 30.

“At first glance it may seem that Seniorl has won the communication part of this award and Maria the development part,” DWU communication arts head of department Br Michael McManus said.

“But in fact both people have helped each other to win this award.

“We have recognised Seniorl and Maria because together they have been a great example of how communication and development go together hand-in-hand for real and on-going development in PNG.

“Seniorl has written many articles about Maria's organisation.

“These articles have promoted the organisation's great work among the agricultural community in PNG and overseas.

“Maria herself has become more involved in communication too with literacy programmes and agricultural education for other women farmers.

Br McManus thanked UNESCO for its continuing support of this award.

“UNESCO has a mandate from the UN to promote freedom of expression and freedom of information,” he said,

“The agricultural community in PNG is the beneficiary of both these freedoms as demonstrated by our two winners.”