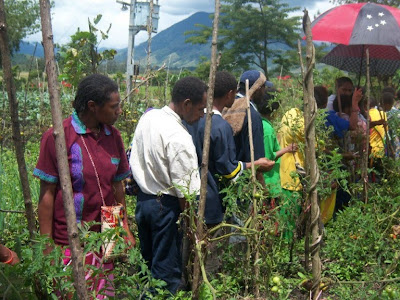 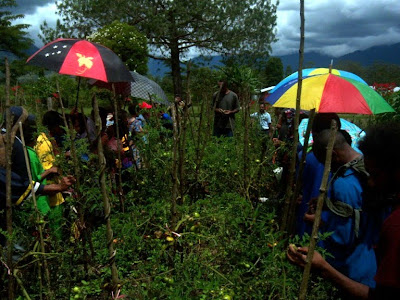 The Department of Agriculture and Livestock-managed and operated Highlands Agricultural College has the potential to become an important partner and service provider to the LNG project.
The college, which is situated in Mount Hagen, can be developed into a major food production base to supply the LNG project and other mining projects.
These are the views expressed by the acting farm manager, Gibson Simon, who says the college has the land that can be utilised for food security to boost the demand expected from major mining activities such as the LNG.
The college, with more budgetary support and required facilities, can have the capacity to produce the food in big quantities to supply the LNG project and others.
Simon, with his 10 years agricultural experience, said the college was in a good position and with the right support could play a key role in food production to benefit the LNG project.
“I believe the college can venture into commercial farming to meet the market demand from the LNG project,” he said.
“There is ample land and enough technical know-how in the college to make this a reality.
“So far, we are producing food crops for students’ learning and practical purposes and to supplement the mess, but we can go into large-scale production if we have the budget and land space available.
“The college also has the potential to become an important teaching and information resource centre for the highlands region.”
Simon said many institutions including schools, women and youth groups realised the important role of the college and were sending students and young people to see and experience its activities.
Farmers were also coming regularly to the college for extension advice.
Simon said that among the food crops grown at the college were taro, cassava, rice, vegetables and pineapples.
These food crops not only formed part of the student’s learning but also supplemented the college mess, which has helped to reduce food costs over the years.
Simon said taro production was very promising.
There is big demand for taro which also has the potential to become an export commodity.
The two tonnes of taro harvested so far was sold for around K2, 300.
Kaukau or sweet potato is another ideal food commodity and production has been going well.
More than 5,000kg has been harvested and supplied to the mess, which has greatly reduced costs.
A total of 1,400 sq m is under pineapple production, which should earn reasonable income for the college.
Cassava is also grown and is the main source of pig feed which is helping to reduce costs as well.
Rice is also an ongoing activity and is supplied to the mess.
HAC is PNG’s premier in-service training institution that has produced well over 2,300 agriculture graduates and another 1,500 trainees on short specialised training courses, which is a significant achievement.
Many Pacific Island students have also attended this college.
Posted by Malum Nalu at 5/29/2010 01:56:00 PM