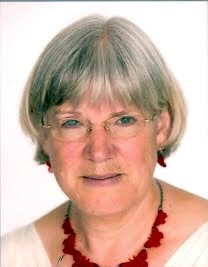 has a new high commissioner to , Marion Crawshaw (pictured), who presented her letter of introduction to Prime Minister Sir Michael Somare last week.

She takes over from Niels Holm, who left officially on May 27 after three years in PNG, to take up a new post as official secretary to Government House.

“ and are close friends and I’m delighted to be representing here at a time when exciting opportunities are being realised, “Ms Crawshaw said.

She has a background in the areas of trade and economic development and security policy.

“During my time here I’ll be keen to encourage more business engagement from companies in ,” Ms Cranshaw said.

“There are good opportunities here which are not being realised.

“I’m also going to be taking a close interest in our aid programme and the ways in which it is aligned to ’s development strategies.

Ms Crawshaw is a career diplomat who has previously been posted as deputy high commissioner to the , deputy representative to the OECD in , as well as to and .

Most recently Ms Crawshaw was the director of the knowledge services division of the ministry of foreign affairs and trade, developing a programme of knowledge management projects for the ministry.

“I already have a few pieces of PNG art and handcrafts from previous visits here and I’m looking forward to adding to that,” she said.