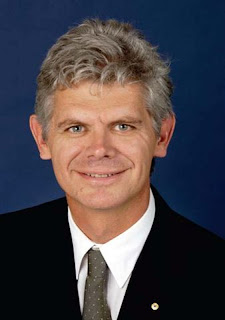 ANZAC Day this year marks the 95th anniversary of the landing on the beaches of Gallipoli by the soldiers from both and New Zealand Army Corps.

The ANZAC legend has become part of the national ethos of and .

We see it in the spirit of unity, freedom, enterprise and equality that continues to define our nations. Similarly, we see it in the qualities of comradeship, self-sacrifice and good humour that define us as peoples.

ANZAC Day is not a time for glorification but for sombre reflection. The sight of so many graves at places like Bomana reminds us of the terrible cost of war. And of course, the tragedy of so many young lives lost did not end there – the pain of their loss lived on in the hearts of all those who were robbed of a son, a husband, a father, a brother, a friend. While the resort to armed conflict is sadly sometimes unavoidable, ANZAC Day is a time for all of us to remind

ourselves of how precious peace is.

For Australia, one of the toughest tests was here in Papua New Guinea during the dark days of World War Two, in places that have now become part of the history we share with Papua New Guinea - Kokoda, Milne Bay, Buna, Gona and Bougainville, to name a few.

ANZAC Day provides us with a reminder of the close and enduring links between and . We will never forget the bravery of those Papua New Guineans who, at great risk to themselves, supported us during our hour of need in the bitter campaigns of World War Two. Many Australian servicemen owed their lives to the selfless courage of these people.

Above all else ANZAC Day is an occasion for us to reflect on how the peace and freedom we all enjoy were won. It is difficult not to feel weighed down by the magnitude of the sacrifice that those who lay here made. But despair must not be our tribute to them. Rather, as we consider the enormity of their sacrifice, let us remember that their true and lasting legacy is the freedom that we continue to enjoy to this day.