'For our tomorrow, they gave their today' 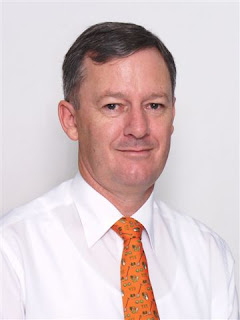 To the dead and to those being mourned, both yours and ours

We lament them and farewell them

To us the living, greetings to us all

As we gather on Sunday April 25, in the beautiful setting at Bomana War Cemetery with the magnificent memorial looking down on us, we know that in even the smallest towns around New Zealand and Australia, and in towns around the world wherever Kiwis and Australians are, people are gathering at their own war memorials to remember their dead.

We commemorate no military triumph – but the more humbling triumph of human valour.

The courage and endurance of those who did their duty at Gallipoli remains a vivid memory and a source of pride to every New Zealander and Australian.

Like many operations of the First World War, the Gallipoli operation, however cogent in conception, was inadequately planned and inefficiently directed.

It became the graveyard for the bodies of thousands of the best men of their generation.

Our troops at Gallipoli were not professional soldiers; they were not the descendants of a warrior class or men driven by a military tradition.

They were teenagers; they were shopkeepers and farmers, they were mostly volunteers, imbued with a concept of duty and a wish for adventure.

Their diaries and the written records of their service show an extraordinary acceptance of what our national and imperial masters demanded of them.

As any lingering sense of adventure was blasted away on a succession of battlefields, the ghastly conditions in which they lived and fought required qualities of self-sacrifice, tenacity, resilience, courage, and much bravery.

These qualities forged the ANZAC spirit, which remains a real and powerful force.

Australians and New Zealanders share the knowledge that in times of crisis, we have acted together to defend freedom, our shared values and our common interests.

And we will continue to do so.

On ANZAC Day, as well as commemorating the New Zealanders and Australians who lost their lives in war, we also think about our fellow countrymen and women who right now are serving us proudly around the globe, and also right here in our region.

It is telling that more often than not these days, our servicemen and women are part of peacekeeping operations and humanitarian assistance.

We work together in response to humanitarian emergencies in the Pacific, clearing the debris of tsunamis and earthquakes and providing emergency supplies in the aftermath of devastating cyclones.

In , at that government’s request, our troops serve alongside members of the PNG Defence Force.

Together we help provide Solomon Islanders with peace of mind, and a secure space for the country to heal from its conflicts.

We also take this opportunity to offer our deep respect and gratitude for the contributions of the people of to the successful outcome of the bitter conflict that was waged in this country more than six decades ago.

Many Papua New Guineans willingly, and often at great cost to themselves and their communities, displayed those same ANZAC values in serving the Allied cause.

On ANZAC Day, we give thanks to all who have served their countries so that we might live in peace.

And we will indeed remember that “for our tomorrow they gave their today”.