The Tragedy of the Montevideo Maru world premiere 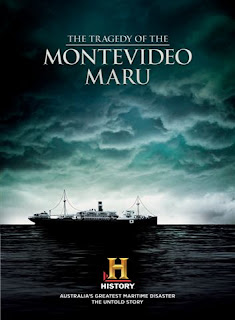 ’s worst maritime tragedy, which intimately involves , will be remembered in the stirring world premiere of The Tragedy of the Montevideo Maru on Wednesday, November 11.

It tells the shocking story of the sinking of the Montevideo Maru off the coast on July 1, 1942.

There were fathers and sons, civilians and troops, missionaries and traders, businessmen and administrators.

They had all been captured and interned by the Japanese in Rabaul.

The youngest, the 15-year old, was Ivan Gascoigne, recorded as a clerk, the son of Cyril Gascoigne, who also died.

The sinking of the Montevideo Maru at 2.40 am on Wednesday July 1, 942 was ’s greatest disaster at sea, then and now.

The unmarked Japanese ship left occupied Rabaul on June 22, 1942, but nine days later on July 1, American submarine USS Sturgeon torpedoed it off Luzon in the .

The saddest thing is that the wreck has never been found to this day, and both and PNG do not know the names of those killed, as the official nominal (katakana) roll – which might give a clue to the identities of those on board – has not been located

This Remembrance Day, The History Channel will commemorate ’s greatest-ever maritime disaster in The Tragedy of the Montevideo Maru, premiering on Wednesday Nov 11 at 7.30pm AEDT.

Introduced by Sky News anchor Jim Waley – who lost a relative in the tragedy – and narrated by actor John Jarratt, this explosive two-hour documentary film tells the forgotten story of the death of over 1,000 Australians who were locked in the hold of the Japanese POW ship Montevideo Maru when the vessel was torpedoed.

In the early hours of July 1, 1942, the POW “hell ship” Montevideo Maru was torpedoed off the coast of the by an American submarine, the USS Sturgeon.

What the Americans did not realise at the time was that the boat was in fact a floating prison, holding over 1,000 Australian POW’s and civilians.

The Tragedy of the Montevideo Maru recounts the harrowing story of the sacrifice and suffering endured by these forgotten Australians during World War II.

It features detailed re-enactments of the shocking event as well as in-depth interviews with soldiers and crew members speaking publicly for the very first time – including the only Japanese crew member to survive the Montevideo Maru and a USS Sturgeon crew member who witnessed the sinking ship through the periscope.

This unique documentary also explores the broader story of the torturous Australian POW experience during this tumultuous period of WWII and features interviews with both Australian and British survivors of other hell ship sinkings.

Group channel manager of FOXTEL’s Owned and Operated Factual Channels, , said: “In the tradition of event television such as Beyond Kokoda, and He’s Coming South, The History Channel remains committed to remembering the legacy left behind by ’s brave men and women.

“I am delighted that we are able to share this truly incredible, although sadly forgotten, story.”

Producer John Schindler said he was drawn to the Montevideo Maru story because his own mother lost four loved ones in the tragedy: “It is one of ’s greatest maritime tragedies with the loss of 1,053 lives and yet remarkably, most Australians have never heard of it.

“This documentary will once and for all put faces to numbers.”

The tragedy of the Montevideo Maru honours the brave Australian soldiers who served on the islands of , and the surrounding islands of the Mandated Territory of New Guinea.

The documentary is an exclusive FOXTEL production, co-produced by John Schindler and Bob Blasdall.