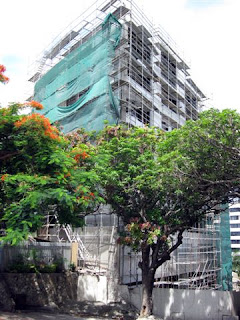 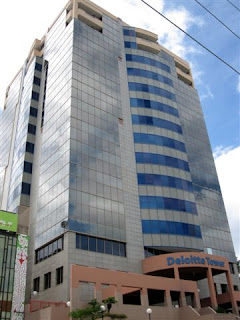 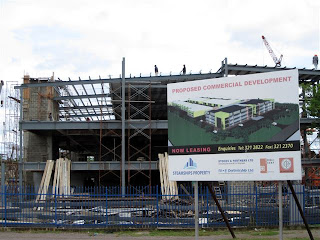 Steamships’ commercial property development in Gordon, along the Poreporena Freeway 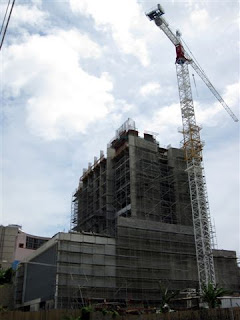 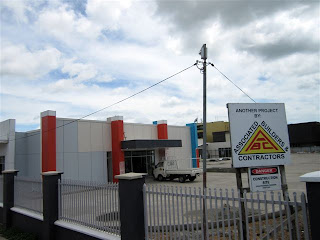 Nasfund has warned of more commercial vacant spaces in light of the current building and construction boom all over .

“In early 2009, in the Nasfund newsletter, we stated that ‘Clearly the freeing up of office space in Town, expected early 2010 will signal the beginning of rent stabilisation’,” he said.

“This was stated on the basis that with and surrounding Konedobu coming on line, space would naturally free up in town.

“While we do not believe that we will see a dearth of vacant space in town over 2010, we nevertheless are starting to see vacancies in commercial space in .

“The three to five year prognosis for commercial space is increasingly flashing warning signals if all commercial constructions planned to commence over 2010 eventuate.”

Mr Mitchell said there were a number of reasons for raising the alarm bell on commercial construction.

“A number of alternative commercial buildings within close proximity in Gordon’s, Waigani drive and Hohola are now physically underway or near completion,” he said.

“Steamships are building 6,000 sq m in Gordon, there are two three-storey walk-ups in Hohola approximating 3,000 sq m and 4,000 sq m of quality commercial space is being built next to the Westpac building in Waigani drive: The combined space is the equivalent of one .

“The Rimbunan Hijau (PNG) Group is powering perhaps the largest long-term retail and commercial development ever seen in PNG – .

“Taking away the soon-to-be-completed 33,000 sq m ‘Mega Mall’, the commercial element planned over the coming decade is extraordinary with a further 60,000 sq m of office space planned at , Waigani.

“This will be the equivalent of four times the current commercial space offered at !

“In 2010, Nasfund will commence a further 4,600 sq m in town on two sites and Steamships are planning 8,000 -10,000 commercial on the waterfront: Effectively combined, yet another in size.

“ will shortly see a 4,000 sq m commercial development plus three apartments adjacent to the ANZ building commence by a private consortium with two anchor tenants line up (the implication is that they are being cannibalised from an existing building).

“Finally there is a three-storey walk up approved by Physical Planning for POSF at Two-Mile as their new head office (3,000 existing sq m to be freed up at Era Rumana) and 8,000 sq m planned by CHM in Waigani.

Mr Mitchell said with a large amount of commercial space becoming available over 2010-2012, it was hard to see how demand would meet the oversupply.

“That is when it is expected that Exxon will complete its own head office building of 10,000 sq m and vacate exiting temporary to medium-term accommodation already acquired for the LNG start-up.

“In the absence of another major resource project, vacancy rates will most likely increase substantially from 2013.

“The other factor which has to now be considered is the costs of construction which we believe will face strong upward pressure over the next few years.

“The reasons for this are: