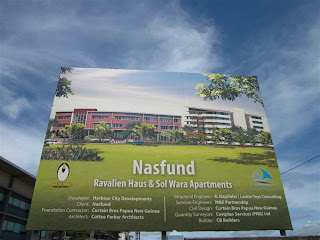 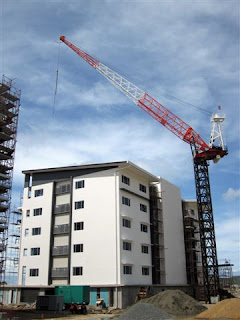 Work on the ‘The Edge’, Harbour City, on Sunday.Pictures by MALUM NALU 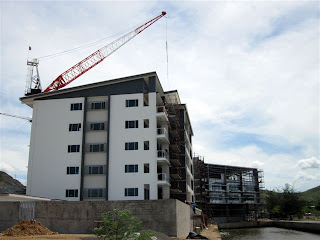 ‘The Edge’ with Ravalien Haus in the background 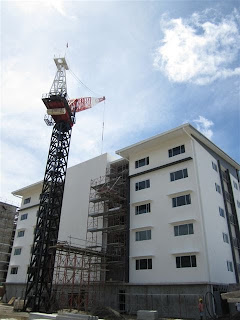 Another view of work on ‘The Edge’